Back to all posts

Sergio Ortiz is a soft-spoken teacher in San Antonio College’s music business program. But as the reggae artist Sgt. Remo, he makes some serious noise with a wall of speakers that looks like Godzilla’s boom box.

For the past four years, Ortiz has delivered a sonic blast to the senses with his King Remo Sound System, a boxy tower of speakers he made from scratch to give San Antonio and other Texas cities a teeth-rattling taste of Jamaican sound system culture, where DJs rock the island streets with stacks of portable speakers.

Ortiz’s custom creation is the first of its kind in San Antonio, a 9-foot-tall behemoth that packs up to 110 decibels and 15,000 watts of big audio dynamite. Its presence can turn any spot into a reggae dance hall with bone-shaking heavy bass and staccato beats.

But Ortiz says the giant sound system is less about volume and more about good vibes, allowing audiophiles and everyday music lovers alike to feel a deeper connection to what’s playing and the culture behind it. 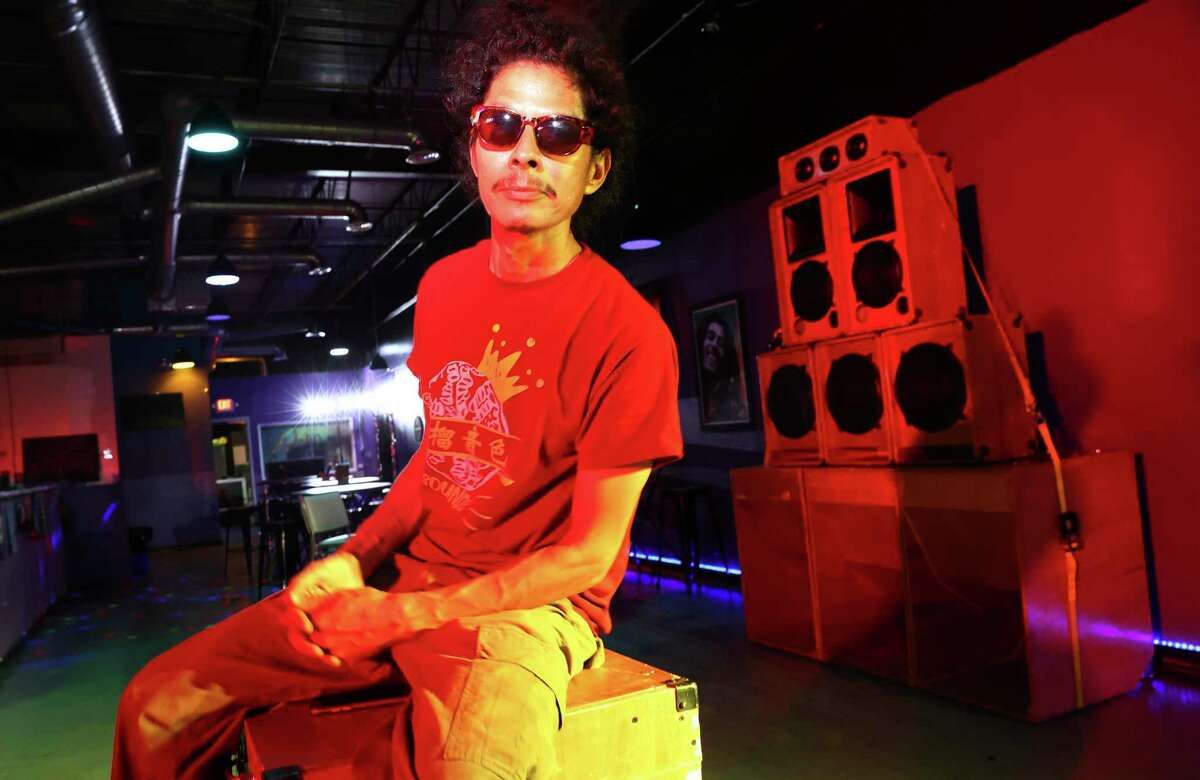 “The whole point of it is to hear music without it hurting you,” said Ortiz, who added that he tries to keep the decibel levels in the 90s, about the equivalent of a roaring motorcycle.

“I mean, it could be pretty nasty and loud, it could do some damage if we wanted to. But the experience is just to be like, ‘Whoa, this sounds heavy’ or ‘listen to the bass line strings,’ stuff you really can’t hear sometimes.

Of course, there’s still plenty of rattling going on with nearby windows — and chest cavities. Ortiz and other reggae artists who use his sound system consider that downright therapeutic. 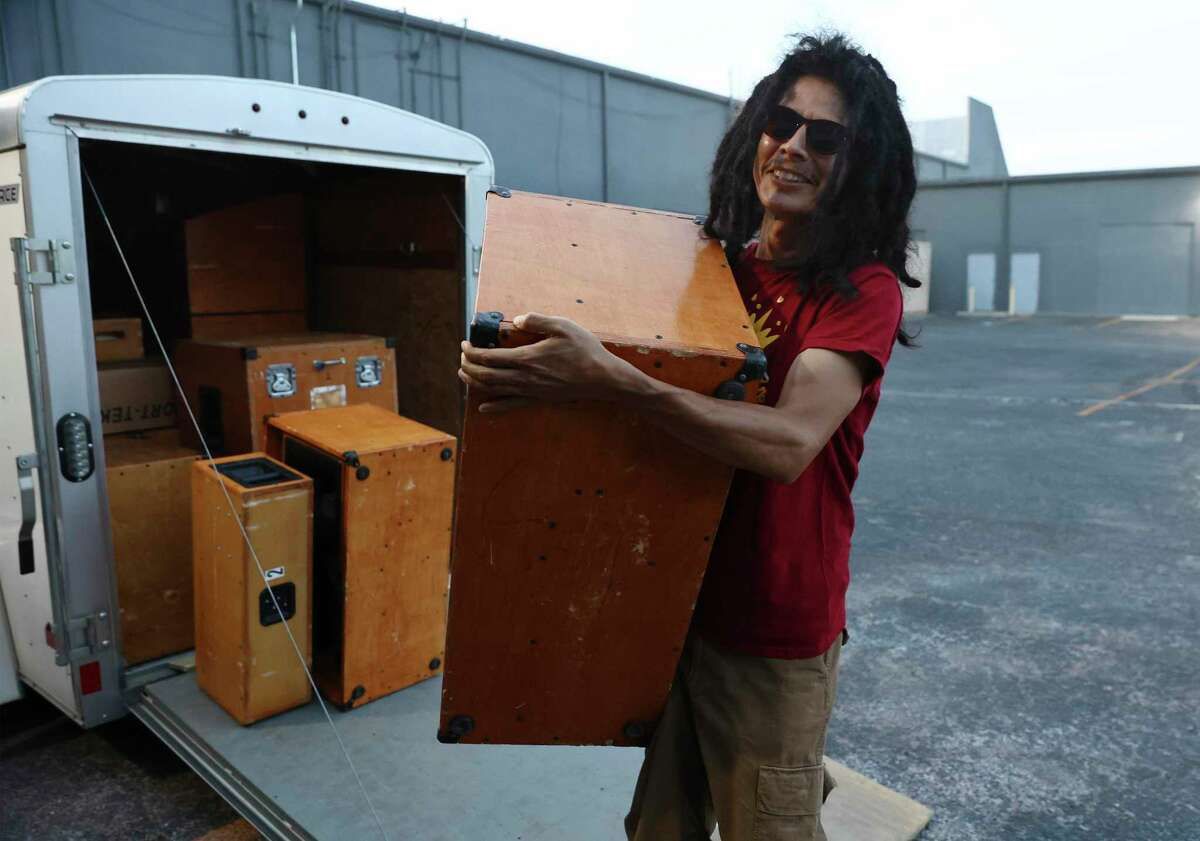 “The way it hits your ears, mind and body, it sort of gives off these healing vibes,” said Edica Tello, a dub and reggae artist from Brooklyn who used just half of Ortiz’s sound system for a recent gig at Caribbean Mix, a Jamaican bar and grill off Broadway just outside Loop 410. “It’s sort of like medicine, the way these frequencies are coming into your body.”

Tello said reggae music emphasizes low-end and sub-bass frequencies, not high frequencies that can be painful or dangerous to ears. Reggae fans often stand next to a sound system such as Ortiz’s setup so they can feel that thumping rhythm at the heart of reggae like it’s beating in their own chests, she said.

“It’s kind of like it’s breathing, breathing into your face and into your skin,” she said.

Of course, just the sight of Ortiz’s sound system can be overwhelming.

“I’ve never seen a pyramid in Egypt, but I would say that’s about the closest thing to it for me,” said Emmanuel Piñeiro, a San Antonio DJ who plays jungle and reggae music as Mighty Monkz. “It was definitely an eye-opening, earth-shattering experience.”

Most venues have their own speaker systems, Piñeiro said, but what Ortiz brings to the party is an audio experience that gives listeners goosebumps. 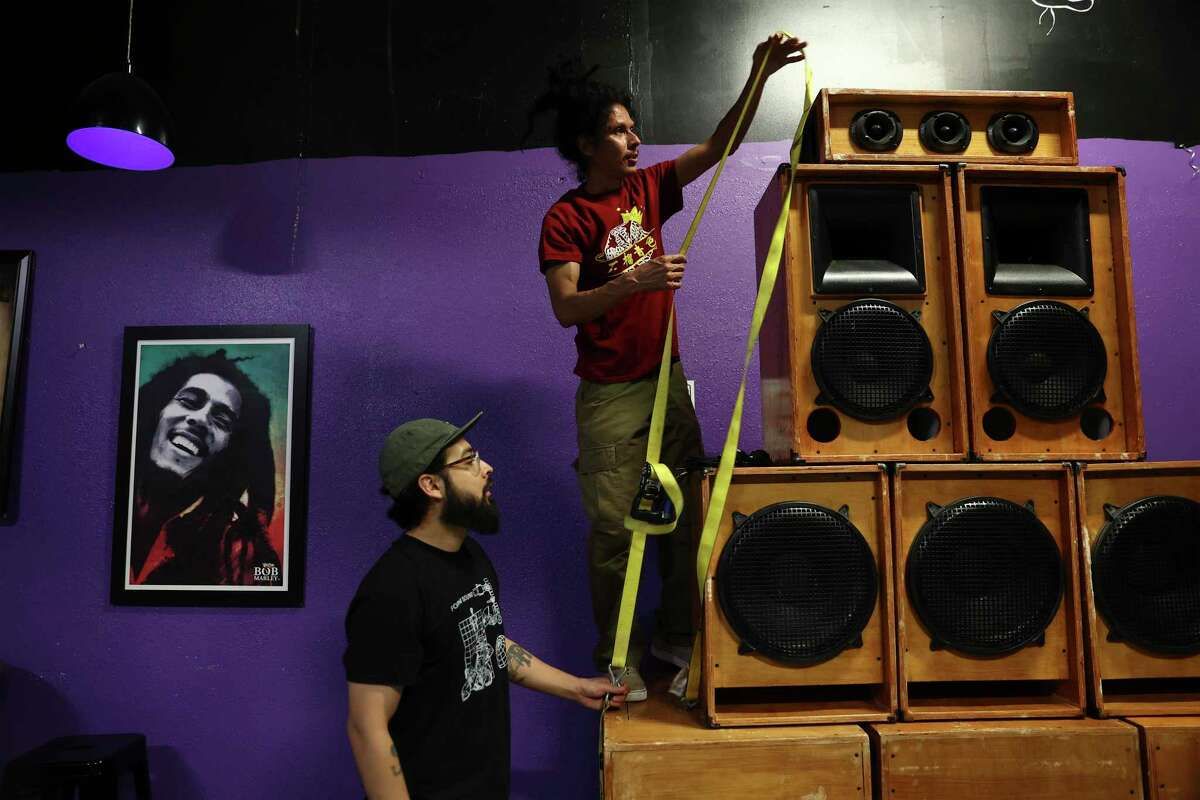 “The biggest thing he brings to it? I would say the feel of actually feeling the music, versus going to a bar and you just hear the music,” he said.

Born in Juarez, Mexico, Ortiz first fell in love with reggae music and culture in 1989 while attending high school in El Paso. He immersed himself in the sounds of reggae greats such as Buju Banton, Shabba Ranks and, of course, Bob Marley.

Then in the early 2000s, Ortiz started performing his own reggae music while in the Navy. In 2012, He self-released an EP, “Life is for Living,” before moving to San Antonio in 2014.

Frequent visits to the Jamaican parish of St. Thomas inspired him to take his music to the next level with a true reggae sound system. While on the island, Ortiz heard, saw and felt how the music took on a life of its own through small stacks of handmade speakers.

Ortiz taught himself speaker building and design and discovered that, when it comes to reggae sound systems, bigger really can be better. So he started building his own in late 2017 and rolled out his first iteration, with several speakers, in March 2018. He’s traveled with his current setup for the past two years.

Ortiz is understandably protective of his creation. He hauls his giant system in a small trailer packed with Tetris-like precision. A club owner or DJ using the setup may help him load and unload equipment, but Ortiz does the bulk of the assembling, a slight figure with dreadlocks popping out from behind each stacked component.

He won’t say how much he’s spent on his sound system beyond estimating it’s in the five figures. 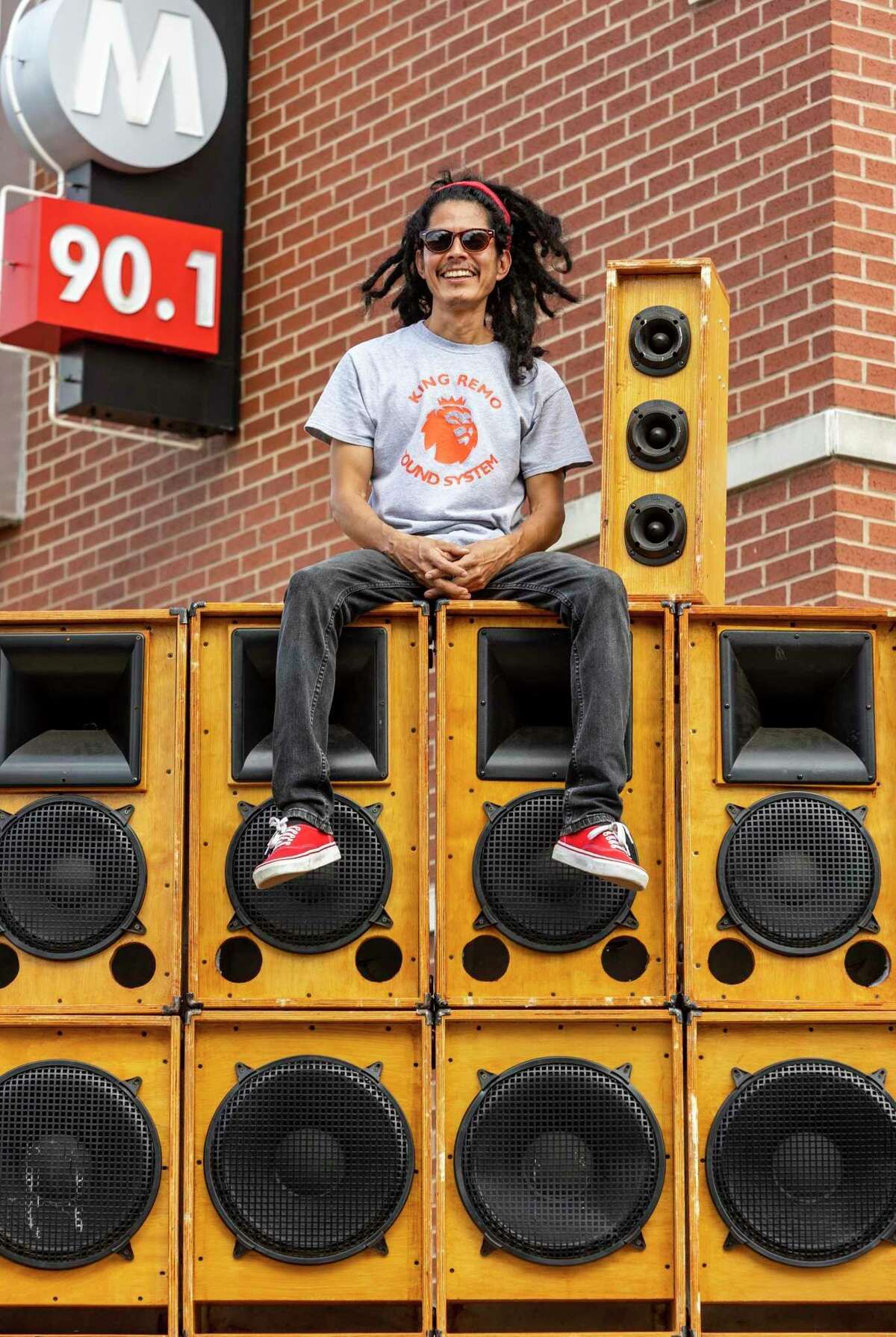 Ortiz’s passion for speaker design landed him an adjunct professor job at SAC teaching how to run sound . Ruben Rodriguez, the music business program director, said there’s much more to making a quality sound system than just making it loud.

“You have to know the theory behind it. You have to know about acoustics. And you got to know how to design and build these speakers in such a way to where they sound good,” Rodriguez said. “And that’s something that he teaches very well in his class.”

Ortiz’s next King Remo gig will be May 28 at Peacock Alley, the downtown San Antonio corridor that showcases live music, art and other creative means of self-expression. His setup is sure to touch the senses on several levels.

“It’s like energy,” he said. “And when the people feel it, it’s like, ‘I never really thought you could experience sound like this.’ It’s sonic energy.”

Published on San Antonio Express News on May 12,2022